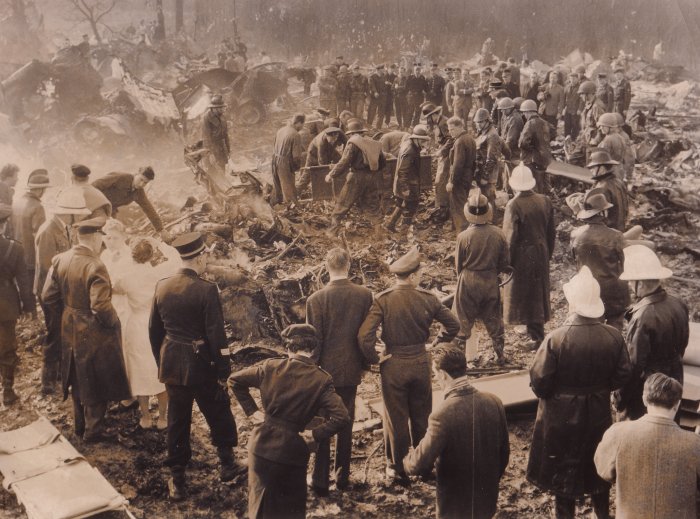 On (ash)Wednesday February 15, 1961 at 10:05 local time (0905 Zulu time), a Boeing 707-329 (registration OO-SJB, construction number 17624/92) from our national airline company SABENA, crashes in Berg (Kampenhout) Belgium. All 61 passengers and 11 crew members dit not survive the crash and following fire.
The airplane left the airport of New York Idlewild (now JFK) seven hours earlier (at 0206 Zulu). The plane, one of the newest long haul showpieces of Sabena, was just one year old. After a normal transatlantic flight the pilots report to the air traffic controller in Brussels. During the approach they had radio contact with the tower and reported everything on board to be ok. It was a beautiful day, visibility was good and the air traffic controllers guided the airplane over Mechelen after which the pilots had clearance to do a visual landing on track 20.
The landing was spotless till about 300 feet above ground. The plane did not descend anymore, the landing gear was retracted and it seems the pilots were going to engage a "go-around". The plane takes off and engages a left turn; than the plane makes in total three erratic turns of 360 degrees, ascends to 1500 feet and then plunges, nose down.

Witnesses in the control tower see an explosion and a dark smoke cloud. No air traffic controller had contact with the crew since the "go for landing". The emergency services were called but when they came to the disaster site it was soon clear that there would not be any survivors.
On the crop field, were the Boeing crashed, two young men were working. Michel Theo De Laet got deadly hit, his work mate Marcel Lauwers loses his leg due to flying debris. He was removed from the debris by Theo's aunt. He was the only survivor of this horrible crash.

Later investigation revealed that pilots Louis Lambrechts and Jean Roy, as well as flight engineer Lucien Eduwaere and navigator Jean-Marie Kint, struggled to get the plane under control. Technical problems with the horizontal tail flaps and spoilers brought the machine out of balance.
In the cabin five stewards and two stewardesses prepared the passengers to a possibly heavy landing. The cabin crew as well as the passengers realized something went seriously wrong, after the crash a lot of bodies were found in the crash position and clipped in their seats.

Amongst the passengers was the complete American ice skating team (US Figure Skating Association) who were heading to the world championship in Prague. Young champions, some just sixteen years old, made their first foreign trip outside the USA. Together with their coaches, family and friends they were heading to their moment of glory. Instead of glory, destiny made an appointment with dead. The world championship in Praag was postponed, out of respect for the victims.

Besides the ice skating team, other passengers on board were business people returning from the US, women en route to their loved one who was serving in Germany, a priest,...

Several people saw the accident. It was a beautiful spring morning and at a quarter past nine there was a partial solar eclipse.

Till today The crash of Sabena 578 was the largest air crash in Belgian history.
During another crash of a Vickers Vanguard of the British European Airways on October 2, 1971 near Aarsele, 63 people died.

On February 10, 2001, 40 years after the disaster a monument was unvealed on the crash site. It is located on the corner of the 'Lemmekenstraat' and the 'Dijkstraat'.

On the occasion of the 50th anniversary of the crash an exhibition took place in February 2011.

Also in 2011 a short ceremony took place at the rock monument with the attendence of the former American ambassador Howard Gutman and a representative of the US Memorial Skate Foundation.

On Monday, February 15, 2021, at exactly 10.05 the 60th anniversary of the crash was remembered, in presence of the mayor, Mrs. Pelgrims (widow of Marcel Lauwers) and Mr. Cleynhens (Hangar Flying vzw). At the tones of 'The Last Post', played by Gerry Croon, an additional monument was unvealed. This monument is in stainless steel and shows de names of all victims. The design and realization was done by EMG Tilco nv.

The new monument was an initiative of the commune of Kampenhout in collaboration with the local history circle Campenholt and Hangar Flying vzw. 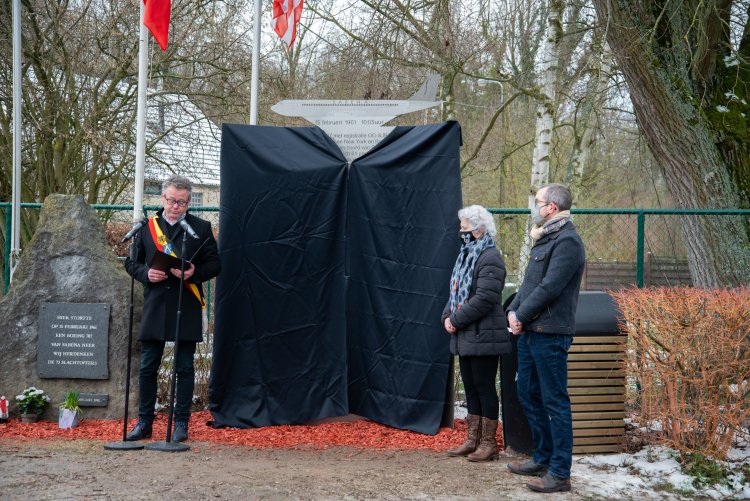 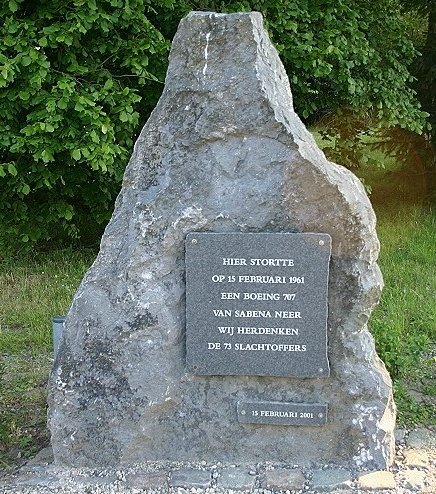 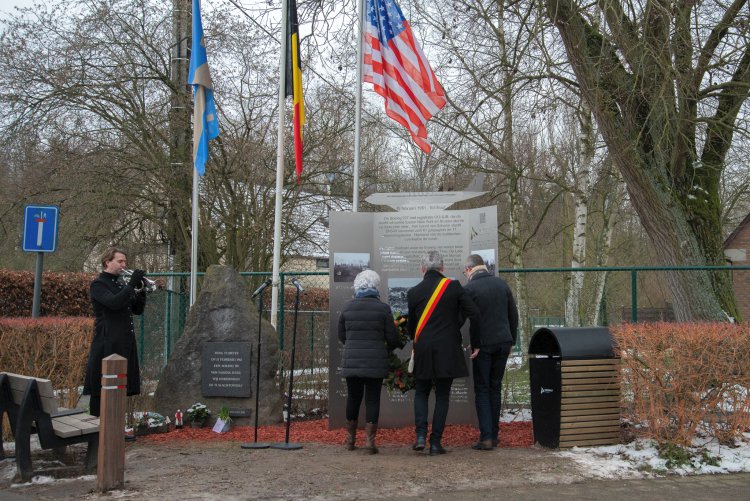 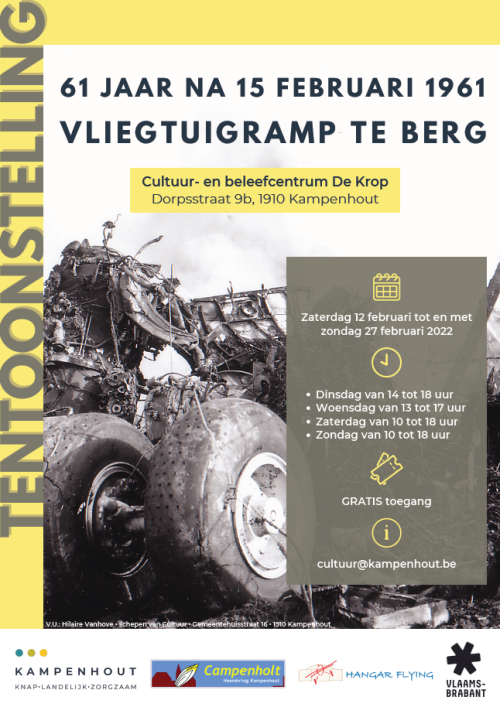